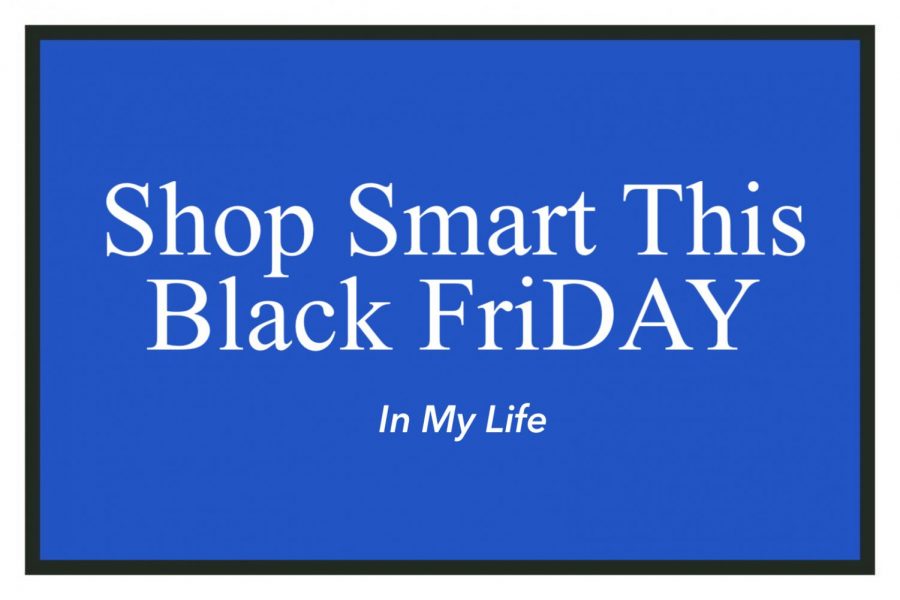 Has anybody else been counting down the days on their calendar until Black Friday? I know I have. For me and tons of others around the world, Black Friday is a day that we look forward to, buying the needs and wants that have been sitting in our carts for months. For many, the huge sales are an opportunity for necessities that may have been out of budget earlier in the year, like winter coats and snow boots, but for others, Black Friday is an opportunity to restock wardrobes to keep up with the latest trends. I’m not saying that keeping up with trends is bad, in fact half of my shopping carts right now consist of patterned sweaters, leather pants, and flare leggings, however Black Friday can become controversial when we use it as an opportunity to toss out all our old clothes, replace our wardrobes, and splurge on fast fashion trends.

Black Friday and Cyber Monday are two great examples of the mass consumerism that is damaging our environment, causing air pollution levels to increase because of package transport, and resulting in a surplus of plastic waste from all the items that are being packaged in non-recyclable material. That does not even mention all the clothing that ends up in landfills as a result of rapidly changing trends. The rise of social media has greatly affected the speed in which trends come and go, and when clothes become a part of “last season’s” trends, they are often tossed out instead of donated, with a reported 57% of all discarded clothes ending up in landfills that practically breathe greenhouse gases.

When the Thanksgiving season approaches and brands start to offer deals and big sales, many people plan with the intent of only buying things they need, however, more often than not, those same consumers end up leaving their favorite stores with double or even triple the amount of items they planned on buying, a result of a mindset instilled in us that if we buy items on sale now, we will use them later. With clothes and fashion trends, this issue becomes even larger as most of the items purchased end up unworn and undonated.

These past two years, COVID-19 has had a big impact on Black Friday and the way that consumers went about Black Friday, with many consumers skipping stores entirely and fully resorting to shopping online. Last year in the U.K., where lockdown was stricter than in the U.S., an estimated ​​429,000 metric tons of greenhouse gas emissions—the equivalent of 435 flights from London to New York, were released as a result of Black Friday online purchases, and there was 22% increase of online purchases, a number that would have been far higher if the virus hadn’t caused so much economic turmoil. The question of whether or not online shopping releases more greenhouse gas emissions than in-store shopping is complicated, however it is known that packaging used in online purchases uses far more plastic than in-store purchases, increasing the amount of plastics pollutants on our earth.

Now, I’m not saying that Black Friday is inherently bad, but there are many ways to shop safely and smartly, doing your best to only buy things you really see yourself using. With that it’s also important to note that if you are replacing a wardrobe, which I admit that I do often during the Thanksgiving season, that you aren’t simply throwing away those clothes, instead donating them to family, friends, or any of the many organizations that give clothes to those in need. Especially in Chicago during the cold months, donating any winter items that you may have replaced during the thanksgiving season can make all the difference to a family lacking the gear we are lucky enough to have. Organizations like “The Salvation Army,” “Cradles to Crayons,” or maybe even a local church will give the clothes that you don’t wear anymore to someone who will.

With that said, I hope you all have a wonderful Thanksgiving season and that you are able to get some of the things you have been looking for over Black Friday. Happy (smart) shopping!