Womanism: A Concept Worth Exploring 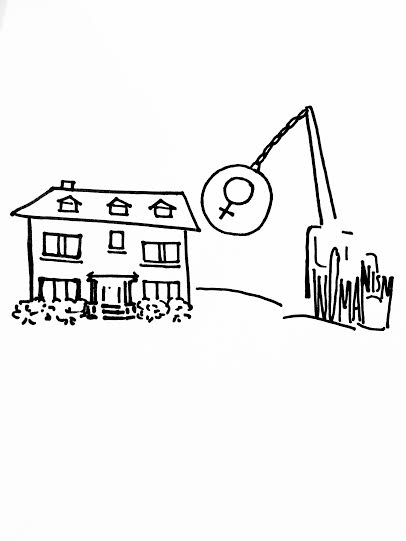 I learned to be a womanist from my mother. “You trying to be grown?” she asked me once. I was young, I had done something ‘disrespectful’ like not listening to her, like disappearing when I was supposed to be somewhere, like talking back. I was also trying to be my own person, to be self-directed, to be audacious, to be in charge.

Womanism is an identity, a social strata, a movement, and it is grounded in and centered around the experience of women of color. Alice Walker, the writer who coined womanism, states that “womanism is to feminism as purple is to lavender.” And one of the few dictionaries which adopted “womanism” as a word, defines it as “having or expressing a belief in or respect for women and their talents and abilities beyond the boundaries of race and class; exhibiting feminism that is inclusive especially of Black American Culture.”

Womanism is a movement that realizes that the liberation of all of us as individuals, beyond the social constructs of race, gender, nationality, etc, is bound together. Freedom from systems of oppression cannot be realized in one social group and not the other – it is a mutually exclusive right. This is its fundamental difference from white feminism.

Popular womanist writers include Audre Lorde, Aurora Levins Morales, and Barbara Smith, and they write about a need for a radical feminism that normalizes the experience of women of color. They speak abstractly, and they also ground their concepts in personal anecdotes and poetry. They speak abstractly because more than anything else, womanism is a word that describes a shift in consciousness, as much as a movement.

I look to womanism because I know that mainstream feminism was not made for me. White feminism is masterfully configured in such a way that I have to explain my way into it. And even then I will be sitting at the kids’ table. White feminism was not made as a catalyst for my liberation but rather as a placeholder to ensure that my liberation could not be realized in any tangible space.  Meaning: while it seems that I have a space in which to grow and explore and change within traditional feminism, I am actually bound by it, and silenced by it.

Historically speaking, white American feminism, the feminism that I am often asked to subscribe to, has been developed in such a way that it is centered around white feminine identity. Perhaps it is because its ‘founders’ were white women born into racist ideology. I’m not sure.

However, I do know that the type of feminism that I need – that I can support – is the type that celebrates differences in all women, and centers itself in our liberation. “The failure of academic feminists to recognize difference as a crucial strength is a failure to reach beyond the first patriarchal lesson,” Audre Lorde writes. “In our world, divide and conquer must become define and empower.”

The ostracization I face within mainstream feminism is both a blessing and a curse. Stacey M. Floyd-Thomas writes, “Womanism is a paradigm shift wherein black women no longer look to others for their liberation but instead look to themselves.”

That is exactly what I did. Once I realized that I did not belong in mainstream academic feminism but rather in something more radical and real, I learned to make my own space, and to find and build new ones, with new sisters.

So while I learn to dismantle the ‘master’s’ house with tools of non-androcentric, non–patriarchal, and non–racist origins and methodologies, I must also imagine myself, grow myself, write myself, love myself into a new house, a new space, where womanism, my sisters, and I can be, think, and breathe. I must make my own house with my own bones and those of my ancestors and others who are conscious enough to see their own bondage, and love themselves enough to want to escape.

To do this, there must be a shift in consciousness,  in which the focal point of feminism changes from the normative white culture to the normalization of the experiences of all women, and in my case, women of color. In womanism, women of color are at the heart of discussions, change, poetry, and music.

Learning to be a womanist had a great deal to do with learning how to ground myself in myself. I had to learn how to make my experience the norm in my personal narrative – to center myself in the narrative of my life and not adopt the marginalized identity that my culture, my country, and my school have asked me to partake in. This action is one of the first tenets of womanism: “Radical Subjectivity.”

Learning to be a womanist, I had to learn to respect my own ‘home grown’ theories as truth – regardless of whether there was a space for their validation in mainstream, academic, or white feminism. I had to learn to validate my own feelings. Write my own poetry. Make my own music. Become, in the words of Aurora Levins Morales, an “organic intellectual.”

Exposing myself to womanist literature, culture, and community has been so important to me over the past year, and it is a practice and an identity that I think people should be more aware of – especially women of color. Else we fall prey to the false assumption that there is no space for us, for the validation of our emotions, our music, our poetry, our spirit, our roundness, our struggle, our folk. Else we forget to, as Alice Walker states, love ourselves, regardless.

The concept of womanism, in both reality and in this column may seem overwhelmingly abstract–and that’s kind of beautiful to me. Womanism is as much, and possibly more, of a shift in consciousness and personal orientation as it is a tangible, physical action or movement. So while it seems abstract, it is also one of the deepest and most grounded concepts that I can think of because it only comes to fruition by way of rooted self-love and appreciation, which manifests differently in everyone’s lives.  It is emotional before it is intellectual. It is dependent not upon the clause ‘I think therefore I am’ but rather upon Lorde’s concept of ‘I feel therefore I am free.’

I encourage everyone, no matter your gender or race, to explore womanism, whether it be for the purpose of practicing womanism, or better understanding the full roundness and potential of feminism, or for mere intellectual, autodidactical pursuit. It is a concept worth knowing, worth exploring, worth feeling.