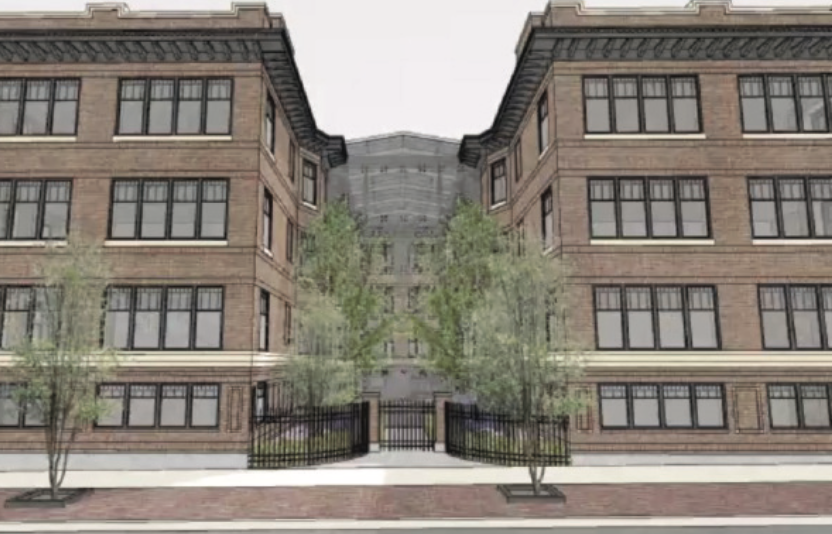 Beyond paper recycling bins and cafeteria compost, Parker is pursuing larger ways to go green. In recent years, sustainable architecture has risen to the top of the environmental movement’s priorities. The increasingly-popular concept of green architecture strives to minimize both the natural resources consumed and the pollution emitted from buildings.

On January 3, the preliminary design plans for 317-325 W. Belden Ave. were released to the Parker faculty. The project is still in its early stages, but one thing is certain: both the construction and operation of the new building will aim to reduce its negative environmental impacts.

The school is already pursuing greener initiatives. Parker’s current six-acre campus features two solar panels. According to Chief Financial Officer Bob Haugh, the building is in “a constant state of repair and renewal,”and burnt-out incandescent light bulbs are replaced with LED bulbs and much of the floor’s carpeting is made of recycled content.

While sustainability wasn’t at the forefront of the school’s mind during the last big renovation, it’s now become a focal point of the new Belden expansion. The architectural plans are being headed by the school’s current architect Chip von Weise. His firm was previously involved in the courtyard and library renovations, so he is familiar with Parker’s culture and atmosphere.

“[Sustainability] is coming to the forefront of the design because of the school’s interest in it,” von Weise said. “We’re very excited about that.”

He outlined the rough plans with three main focuses. Carbon footprint—the total amount of greenhouse gas emissions by an individual or group—is the first of Parker’s concerns, beginning with the very construction of the building. Any new structure “would be roughly consistent with the existing building,” the school confirmed in its original public statement regarding the Belden condos. Parker will maintain the building’s facade.

Demolishing the facade would not only disturb the residential neighborhood but would also contribute negatively to the school’s carbon footprint by releasing the carbon embedded in century-old concrete. Although retrofitting eco-friendly designs to the existing structure will be more costly in the short term, it will eliminate the social cost of carbon and material waste that would result from a complete renovation.

According to von Weise, some of the initial remodeling plans include replacing the combustible wood flooring with cross-laminated timber (CLT)— a lightweight yet thick wood panel consisting of multiple layers of lumber. By using CLT in lieu of precast concrete, which has a high carbon footprint both from its formation and transportation, the new construction will have a negative carbon footprint, otherwise known as a “carbon sink.” The carbon absorbed through trees’ photosynthesis outweighs the carbon emissions that it takes to manufacture and transport the required timber.

The school’s second main focus for the Belden building is energy consumption and building efficiency.

When looking at how to redesign a pre-existing building, “you start out in sort of a negative energy efficiency standpoint,” von Weise said. While it’s unfeasible to insulate all of the walls without tearing them apart, Parker is planning to enclose the center courtyard and use it as a tempering device. The breezeway will provide both natural ventilation and insulation for the building. In addition, the school is hoping to install a variable refrigerant flow (VRF) system, sun-shading devices on the windows, and “as many solar panels on the roof as we can get on.”

Wellness is the third of Parker’s main priorities when discussing agendas for the new addition to campus. Biophilic design is a concept used within the building industry that works with how people respond to their built environment and how nature can be utilized to improve the collective mindset. Natural light, open lounging areas, and access to the outdoors are some of the ways in which this will be accomplished at the Belden building. A roof terrace and garden will contribute to the latter.

Beyond sustainability, Parker’s goal with its expansion is to increase the size of the student body while further diversifying the student population. “We have an increasingly economically and socially diverse school,” Principal Dan Frank said. “The idea would be to help fund the student financial aid capacity, and then have a building where we could house more students.”

Von Weise shared a similar position, calling the building a “physical manifestation of that goal.”

In order to fund the green building renovations and increase the number of students receiving financial assistance, Parker will launch a fundraising campaign. Based on previous similar donation projects, Haugh anticipates “a long timeline” which cannot be predicted this early in the process.

Cost and time aside, the sustainability aspects of the new building at 317-325 Belden are sure to change both the physical dynamic of Parker as well as the group of students within. 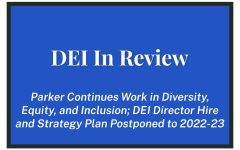 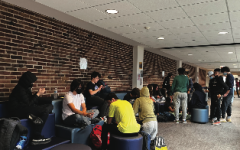 “The Parker Weekly” profiled candidates running for a Cabinet office in this election cycle. Every candidate was granted the opportunity for a fea... 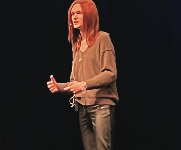 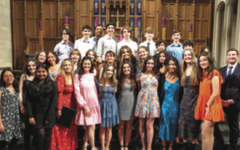 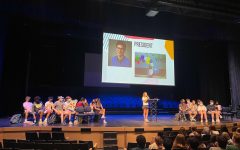 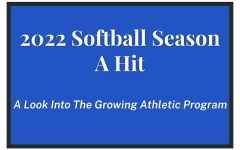 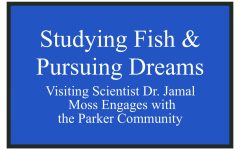 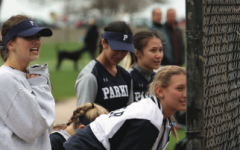